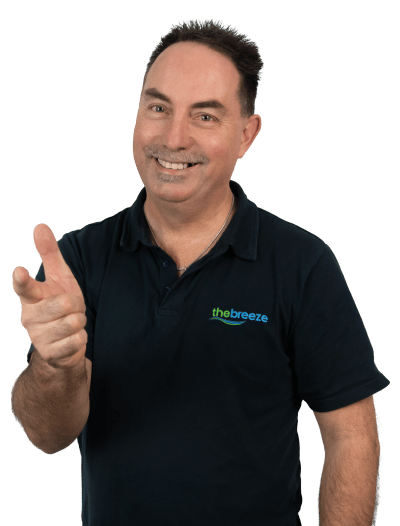 After starting on-air in 1983 in Far North Queensland, Ian has been working in the commercial radio industry for the past four decades which has allowed him to live and work across most mainland states and territories in Australia. Ian's love of music from these four decades really has been the soundtrack of his life. Ian says "today's music isn't too bad, however he loves the late 70's, the Awesome 80's and 90's music the most of all, hey I get to play them on The Breeze".

Ian is married, has four adult children and now four grandchildren with a fifth on the way. He has also coached at the highest levels in the AFL Industry, which includes coaching in the AFLQ competition in Queensland with back to back premierships his highlight at AFLQ level, and like his radio career, he has coached all around Australia, Victoria, New South Wales, Western Australia and the Northern Territory.

As you can gather, other than music, Ian also loves his sport.